Recently I was working in Server-Side Swift, and I was asked the question:

Swift as a primary language for everything, including the server, has been intriguing since it was first open sourced and ported to Linux. Many of you are assuredly as curious as I am, so I’m very pleased to share the results of my study here.

At the time of writing, the top Server-Side Swift Frameworks (Listed in order of Stars on GitHub) are:

This document is laid out in the following manner:

The following is a quick summary of the primary benchmarks, and I will say this here:

No matter the individual rankings, all of these frameworks performed incredibly well, Swift consistently beat Node.js, and they were all a lot of fun to work with.

Why Use Blogs & JSON?

Most simply, blogs are more than returning “Hello, world!”, and JSON is a very common use case. Good benchmarks need a similar load on each framework, and it needed to be a bit more load that printing two words to the screen.

One of the major themes I tried to stick to was keeping all of the blogs as similar to one another as possible, while still developing in the style and syntax of each framework. Many of the structs, like content generation, are repeated throughout verbatim, so that each framework has the same data models to work with, but facets like URL routing are sometimes starkly different to fit with the syntax and style of each framework.

There are some subtle differences to note between the Server-Side Swift Frameworks.

to the executable. i.e.

I decided to include a variation of the blog using the Express framework in Node.js. This is a good comparison because it has a very similar syntax to Server-Side Swift and is widely used. It helps establish a good baseline to show just how impressive Swift can be.

At some point I started to call this “chasing the bouncing ball”. The current Server-Side Swift frameworks are under very active development, as is Swift 3, and each has a ton of changes from its previous versions. This became amplified by the frequent releases from all the Server-Side Swift Frameworks, as well as the Swift team at Apple. None of them were particularly complete in their documentation at this point, so I’m very thankful to members of the framework teams and the Server-Side Swift community at large for their contributions. I’m also grateful for the help that countless community members and framework teams gave me along the way. It was a ton of fun, and I would do it again without thinking.

As a side note, even though attribution was not required by the license, I feel it is nice to note that all the random royalty-free pictures included in the sources are from Pixbay, and were selected by me at random. Sources like this make demo projects much easier.

To minimize any differences in the environment, I took a 2012 Mac Mini and gave it a clean install of El Capitan (10.11.6). After that, I downloaded and installed Xcode 8 beta 6, and set my command line tools to Xcode 8. From there I installed swiftenv, installed the necessary snapshots, cloned the repos, and cleanly build each of the blogs, again in release mode where possible. I never ran more than one at a time, and each was stopped and restarted in between tests. The test server specs are:

For development, I use a 2015 rMBP. I ran the build time tests here, as this is my real-life development machine and it made the most sense. I used wrk to get the benchmarks, and I did this over a thunderbolt bridge using a thunderbolt 2 cable between the machines. Using a thunderbolt bridge makes sure that you have an incredible amount of bandwidth and that you are not benchmarking the limitations of your router, instead of the task at hand. It’s also more reliable to serve the blogs on one machine, and to use a separate, more powerful machine to generate the load, ensuring you are capable of overpowering the server, so that you can be certain this is not a limitation. This also gives you a consistent testing environment, so I can say that each blog was run on the same hardware and in the same conditions. For the curious, the specs of my machine are:

For benchmarking, I decided to use a ten minute test with four threads, each carrying 20 connections. Four seconds is not test. Ten minutes is a reasonable timeframe to get plenty of data, and running 20 connections on four threads is a hefty load for the blogs, but not a breaking load.

If you would like to explore the source code for the projects or do any of your own testing, I consolidated the code used for testing into one repository, found at:

I thought it would be fun to first take a look at build times. Build time can play a big role in day to day development, and while it has little to do with a framework’s performance, I thought it might be fun to explore real numbers vs. how long things felt while I was waiting.

were run, followed by a second test of

This factors both a full build including pulling dependencies with SPM, as well as a regular, clean build with dependencies already downloaded.

How it was run

This was run on my local 2015 rMBP and the builds were all done in debug mode, because this is the normal process when developing Swift software. The second thing I looked at was the memory footprint of each framework under load.

3rd — A repeat of the second test using: The third thing I looked at was the thread usage of each framework under load.

This test was run on a clean Mac mini dedicated as a test server. Each framework was built in release mode where possible (more on that is in the methodology section). Only one framework was run from the command line at a time, and it was restarted between tests. The only other open window at the time of testing was activity monitor, which was used by me to visualize thread usage. As each framework was run, I simply noted the highest value that appeared in the activity monitor window while the test was running.

A Note About These Results

There is no “winning” in this category. Many applications treat threads differently, and these frameworks are no exception. For example, Zewo is a single threaded application, and it will never use more than one (edit: without your intervention to run it on each CPU in a concurrent configuration). Perfect, on the other hand, will use one per available CPU. Vapor will use one per connection model. As such, this graph was designed so that the spikes in threads under load are easily visible, as they are in the same order in both graphs. The first benchmark is the /blog route in each, which is a page that returns 5 random images and fake blog posts for each request.

was run for each blog from my rMBP over my thunderbolt bridge.

As with the memory testing, each framework was run in release mode where possible, and was stopped and restarted before each test. Only one framework was running at any given time on the server. All activity was made to be a minimum on both machines during the testing to keep the environment as similar as possible. Due to some complications of how everyone handles static files, it felt more fair to run the same tests over again using a more simple interface, so I added versions of each application that are sandboxed to a /json route that returns ten random numbers within 0–1000. They’re separate to make sure that the static file handlers and middleware do not interfere with the results.

was run for each JSON project.

As with the other tests, each framework was run in release mode where possible, and was stopped and restarted before each test. Only one framework was running at any given time on the server. All activity was made to be a minimum on both machines during the testing to keep the environment as similar as possible.

My question was answered with an overwhelming YES. Swift is more than capable of taking on the established server side frameworks. Not only that, but all of the Server-Side Swift Frameworks performed incredibly well, and Node.js was beaten by at least two of them in every test.

Given Server-Side Swift can save an insane amount of time sharing its codebase with your other Swift apps, the feature sets of the various Server-Side Swift Frameworks, and the results here, I would say that Server-Side Swift is well on its way to being a very big contender in the programming arena. I’m personally programming as much as possible in Swift, especially on the server-side, and I cannot wait to see all the incredible projects that will spring up out of the community!

If you are interested in Server-Side Swift, now is the time to get involved! There is still a lot of work to be done on the frameworks, their documentation, and getting some really cool applications out there as examples, open or closed source. You can learn more about each framework and get involved here:

If you want to connect, you can reach out to me @rymcol on Twitter.

Disclosures I felt were necessary: Edits were added September 1st, 2016 to correct some data after release optimizations were made for Zewo using a method alternate to `swift build -c release`. PerfectlySoft Inc. agreed to fund this study for me, to promote the power of Swift. I’m also on the github teams for Perfect & Vapor, though I am not an employee of either, nor do my opinions reflect theirs. I’ve done my absolute best to remain impartial, as I develop in all four platforms, and I was genuinely curious to see the results. All the code is publically available for this study, please feel free to check it out or repeat some of the tests and verify it for yourself! 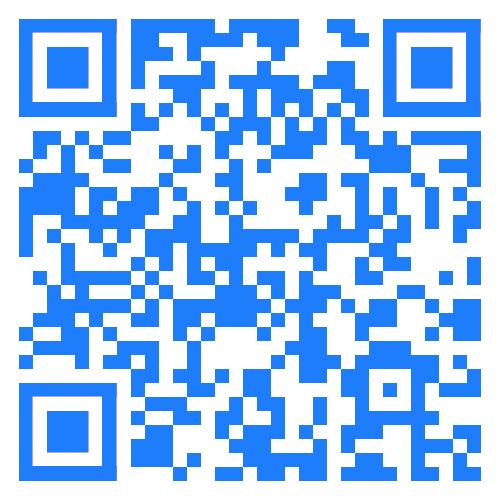